Krillan® gives you omega-3 from the world’s cleanest waters

KrillanTM is from krill oil. A product of superb quality that comes from a single source: Euphausia superba, better known as krill.

Krill float in huge swarms in Antarctic waters and feed on microscopic algae.The algae that provide krill’s diet with such a robust source of omega-3s is also the source of the antioxidant astaxanthin, giving KrillanTM its distinctive red color and, more importantly, acting as a natural preservative. 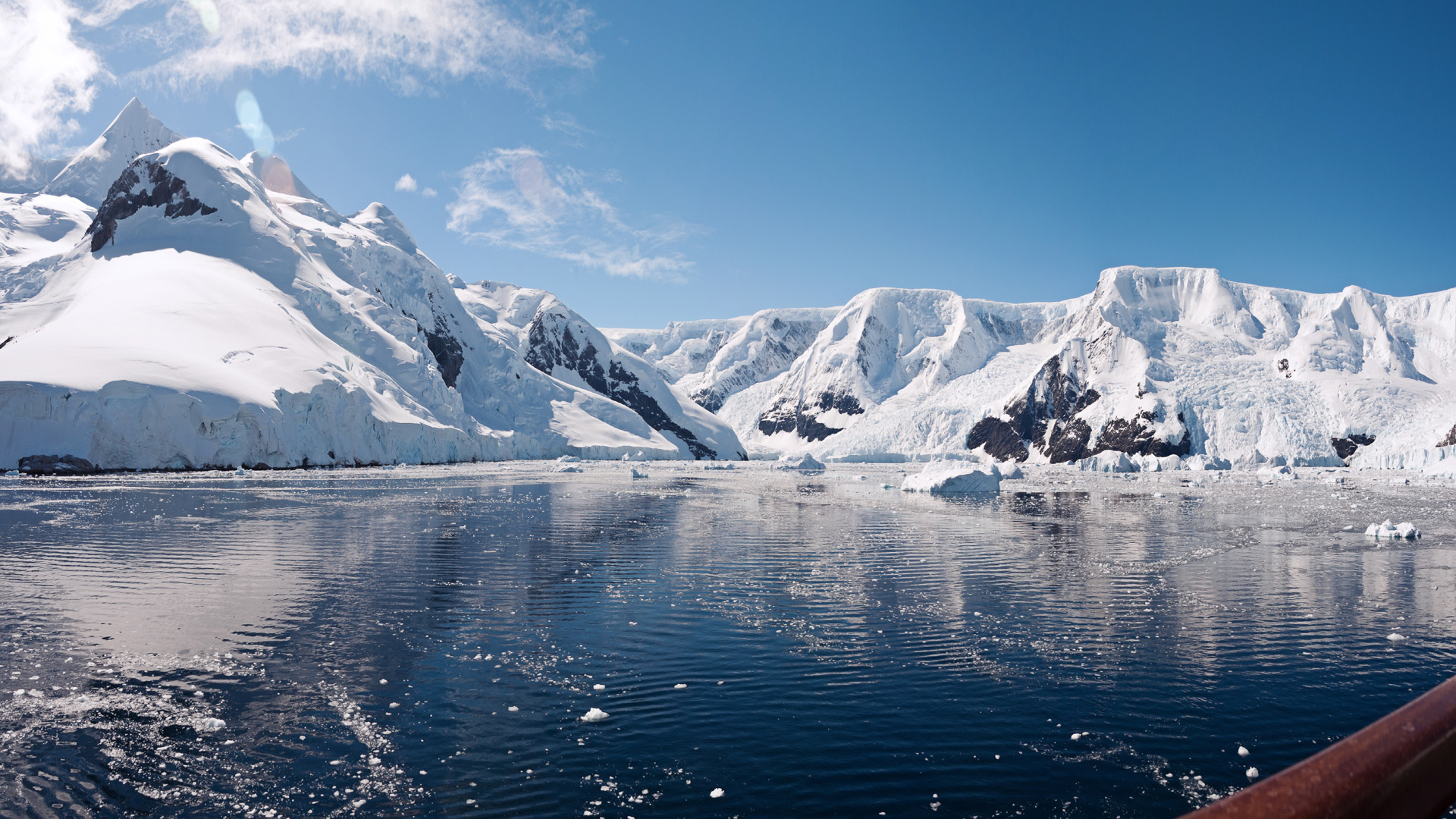 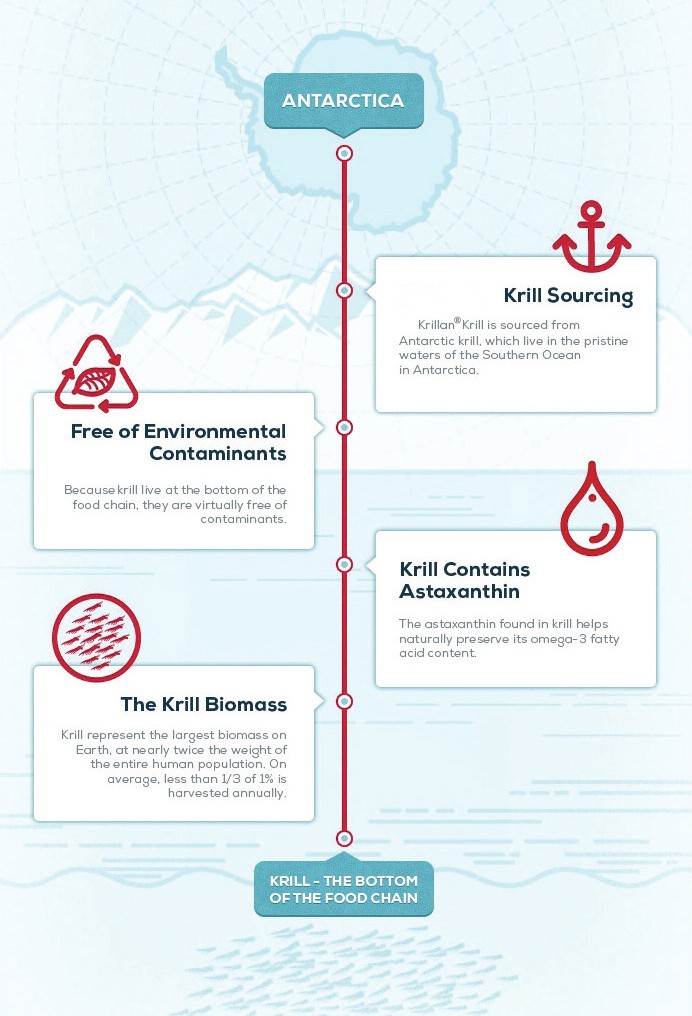 Being on the bottom of the food chain, krill are virtually free of contaminants. They also contain Astaxanthin which helps preserve their omega-3 fatty content.

Compared with other sources, krill is one of the most underexploited marine sources of omega-3 on the Earth.

The southern hemisphere is mainly occupied by water and the land masses are not impacted by industry and agriculture like many northern areas are. The Antarctic Circumpolar Current isolates the Antarctic region from other oceans and volatile contaminants therefore reach Antarctica only by air transport.

Harvesting krill in a commercially viable and environmentally sound way is challenging.

Traditional trawling methods is less suitable, as the krill contains highly digestive enzymes that can cause it to self-destruct before it is processed.

Eco-Harvesting system allows the net to stay under water during the entire operation. Independent observers have verified that the proprietary technology and novel harvesting method ensures no by-catch of other species than Euphausia  superba. As the equipment stays under water, a continuous stream of water flows through the hose, bringing the krill live and fresh directly into the factory vessel where it is immediately processed.

Antarctic krill (Euphausia superba) live in huge swarms and feed on microscopic algae in the icy cold waters of the Southern Ocean.

They feed on marine algae that produce omega-3 fatty acids – eicosapentaenoic acid (EPA) and docosahexaenoic acid (DHA) – accumulating these fatty acids in their eggs and body. Thus, these omega-3 fatty acids can be extracted in oil, carrying with them other beneficial components such as phospholipids, choline and astaxanthin. It is this powerful combination of elements that makes krill oil unique in the omega-3 market. 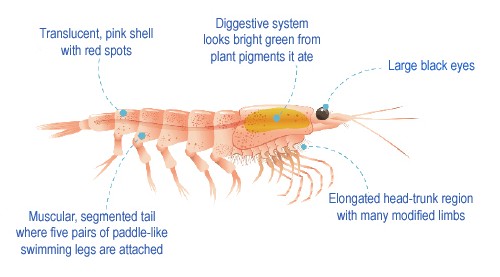 The unique properties of krill and the oil extracted from it depend on the ecosystem in which it lives, what it feeds on, and how it is harvested.

Today, there are more than 80 different known krill species. Among these, Antarctic krill is the only kind that can be fished because it lives in large swarms and swims in open water.

Krill swarms can be as long as six kilometres in length and have a density of up to one million individuals per cubic meter. Antarctic krill are low on the food chain, so they don’t consume and therefore accumulate heavy metals and contaminants to the degree that other marine species do (i.e., fish). Further, the relatively sparse commercial activity in the Southern Ocean significantly contributes to the purity of krill’s environment.

Euphausia superba is the longest krill species with a maximum body length of six centimeters and a lifespan of five to six years. At first glance, krill look similar to shrimp, but unlike shrimp, krill have external gills and extremely active digestive enzymes.

Krill constantly move up and down in the ocean, often in columns, searching for algae at night in shallow waters and hiding from predators by day in deep water.

Krill’s six front legs and stiff hairs on the inner side are responsible for collecting these microscopic algae from the water and transferring it to the mouth. Krill do not have the ability to build up large fat deposits, so they survive in the winter on algae that grows on the underside of pack ice. Besides serving as a food source, the ice also provides protection from predators and commercial harvesting, thus allowing enough time for the krill population to recover from the summer season when most harvesting activity takes place.